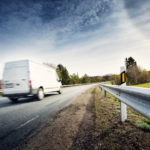 Recent reports show that the UK van market continues to grow, encompassing a diverse range of operations. While they are not subject to the stricter HGV regulations, CVW’s Consulting Editor, Sharon Clancy, highlights the importance operators should be placing on maintenance of the vehicles to ensure improved compliance.

Increases in mobile servicing operations and home deliveries have contributed to the rising number of
vans on UK roads – now touching four million. Vans are versatile and have proved attractive for a diverse range of operations, including parcel and food deliveries and service operations organisations, and are particularly popular with small businesses.

Indeed, many van operators don’t realise they are running a fleet – the vehicles are simply a means to get the job done. Unlike with heavier trucks, the drivers tend not to be professional drivers but are employed for their engineering and servicing skills. Productivity of the mobile worker is therefore just as important when it comes to controlling costs.

Vans are subject to a much lighter compliance regime than HGVs, although overall roadworthiness and driver regulations still apply. There’s no requirement for an operator licence or for a roadworthiness test until the vehicle is three years old, regardless of mileage.

What’s more, some companies are downsizing vehicles from 7,500 to 3,500kg, in order to avoid the additional costs of operating at the higher weight categories and the more stringent compliance regulations that apply.

Van owners vary from traditional fleets to self-employed professionals – whether an electrician or delivery driver. For many van operators, mobile worker productivity is as much a key performance indicator as vehicle utilisation and fuel economy.

To a HGV operator, failure rates for Class 7 van MOTs appear astonishingly high – 45.4% compared with 17% for HGVs. The Freight Transport Association (FTA), which runs the Van Excellence Best Practice accreditation scheme for van operators, is among those who suspect the high failure rate is because van owners use the MOT test as a diagnostic tool, rather than ensuring that regular maintenance and compliance programmes are in place.

Unlike HGV operators, who strive to achieve first-time pass rates because a failure can impact on their Operator Compliance Risk Score, van operators are under no similar compliance incentive to avoid MOT failures. As a result, vans are tested to identify what rectification work needs doing – a practice that OCRS has virtually eliminated in HGV testing.

While the 45.4% initial failure rate drops to 35.9% following the permitted on-site rectification of minor defects, the FTA is worried that some of the vans that pass after rectification could easily deteriorate to a dangerous level shortly thereafter, with no follow-up inspection.

It’s harder to identify the overall roadworthiness of car-derived vans and those under three tonnes GVW, because they are included in Category 3 and 4, along with cars and some minibuses. This class of vehicles had an initial failure rate of 37%, falling to 28% following rectification.

Vans can also fail on a number of defects, as shown below.

Out of 9,512 roadside checks in 2016-17, 5,288 (62%) vans were issued with immediate prohibition. While some may be attributed to DVSA’s intelligence-based targeted enforcement strategy, it still reflects the poor roadworthiness state of many vans.

Any HGV fleet appreciates the impact driving behaviour can have on safety, fuel consumption and component wear. A combination of factors is helping to raise awareness that vans, too, and their drivers need greater oversight.

Driver behaviour monitoring in terms of incidences of harsh braking, acceleration, cornering and exceeding the legal speed limit is becoming more prevalent thanks to corporate duty of care responsibilities that include ensuring mobile workers get from job to job safely.

Reducing risk can include, for example, requiring van drivers to complete a daily walk-round check of their vehicle. Recognising that for many businesses, the van is merely a tool to get between jobs, the DVSA has produced a handy guide (pictured above) showing exactly what should be checked.

0 0 0 0
Previous : ‘LGV Driving Assessors Often Overlooked’
Next : At Your Service