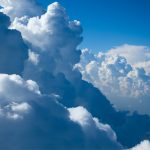 Chemours might be an unfamiliar name to CVW readers, but most will have heard of one of its most famous products – Teflon. It’s also been at the forefront of a new generation of environmentally-friendly refrigerants, HFOs.

Retrofit process
1. Collect system performance data while R-404A or R-507 refrigerant is in the system. Check for correct refrigerant charge and operating conditions. The baseline data of temperatures and pressures at various points in the system (evaporator, condenser, compressor suction and discharge, evaporator vapor superheat, and condenser liquid subcool) at normal operating conditions will be useful in noting any deficiencies in system operation and when optimising operation of the system with Opteon XP44.
2. Check Lubricant. The POE lubricant currently in the system should be suitable for use with Opteon XP44. If there are questions about the lubricant, or tests indicate it is contaminated or has a high acid number, then the lubricant should be changed.
3. Remove the entire R-404A/R-507 refrigerant from the system into a recovery cylinder(s). Weigh the amount removed to use as a guide for the quantity of Opteon XP44 to be charged to the system.
4. Replace Filter Drier.
5. Perform any system modifications or upgrades as needed for the system.
6. Evacuate System and Check for Leaks.
7. Charge System. Opteon XP44 is a blend, so it is important to remove liquid only from the charging cylinder.
8. Start up system and check operation. Monitor and adjust TXV and/or charge size to achieve optimum uperheat/subcooling. Monitor oil levels in compressor. Add oil as required to maintain proper levels.
9. Label System with new refrigerant and lubricant.

 As part of the world-drive to replacement, H1234yf, has a GWP reduce the use of ozone-damaging hydrofluocarbons (HFCs), a new generation of refrigerants has been developed called hydrofluoro-olefins (HFOs).

Chemours has been at the centre of this development – originally part of DuPont, it is now a separate company specialising in titanium technologies, performance chemicals and fluoroproducts – the latter includes the refrigerants used in temperature controlled transport and air-conditioning units.

This may not sound a huge difference, but it’s a difference in chemistry that makes a big difference in Global Warming Potential – GWP is the measure of the damage refrigerants can do to the environment if they escape from the refrigeration system is terms of a leak or during a recharge, for example. HFC-134a has a GWP of 1,300. Its         less than one. HFO R452A has 45% less GWP than HFC R404A/R507A. If they do escape to the atmosphere, the new generation refrigerants have a lifetime measured in days, not the years of HFCs.

After 2020 only recycled HFC refrigerant can be used – no more will be manufactured, so there will eventually be a
shortage and the cost of HFCs will rise. Fleets need to start planning now to gradually switch over to HFOs, whether it is through buying new equipment, or retrofitting older systems with HFOs. Chemours Opteon YF is the R1234yf replacement for R134a, while Opteon XP44 is the R452A replacement for R404a/R507A. Both have been developed for drop-in retrofitment with minimal changes to existing equipment. Some pressure values many need adjusting – the discharge pressure of XP44, for example, is lower than R404A.